During my graduation, I had a single room tenement in a sort of an abandoned house in a village at the outskirts of the city –the locality was called Dhusah.After my classes plus six hours in the library besides some tuitions and certain frugal outings, I used tobe in my room for rest of the time where a snake was my regular companion.
To overcome sleep, I used to concentrate on studies by going through the books in a standing posture reclining my back to the wall or the closed door when overtaken by fatigue. One day I noticed something crawling just near my toes.To my stupefied amazement, I came across the two small but glaringly bright eyes focussed on me –it was a snake, pitch black and half curled with tinies of hair on the tail.I felt like taking a leap forward out of panic but could restrain myself for the fear that this was to give the snake an easy contact if it was to attack me.Holding my breath, I could somehow manage to neutralize myself remaining totally static without giving any reaction at all.My instinct alerted me that unless you are aggressive to others,others don’t attack. It was past midnight and I felt fully drenched through skin with perspiration out of fear –the fear that anything could happen to me any moment. Apart from the fact that mine was a body crippled and incapacitated to afford a shriek with a monster’s gaze fixed on me, I also thought that any cries on my part could have virtually proved tobe the ones in wilderness in those odd hours of the night. Somehow I managed to leap a shift to my cot nearby. The snake swiftly crawled, had a few seconds stop over partly clinging to one of the legs of my cot and slowly moved to the threshold corner of the other door in the back –ajar with a yawning gap.There it settled for a while and disappeared.The very punctuated move on the part of the snake only indicated that to whatever destination it headed, it was certainly its permanent abode.
Relaxing or lying in the bed being out of question, I counted the time by fractions of each moment for morning to dawn.Next morning when several boys and the elders of the locality assembled, they decided in one voice to trace and kill the snake arguing that it was a grave potential danger for every body in the locality. It took no time for them to get armed with sticks and daggers. Some of the enthusiasts appeared with a bag full of chilly powder to spray and blind the snake in the event it goes aggressive and attacks. On my opposition to any such move,they started howling with a murmur that ‘this boy is here to kill everybody’. One of them told me in an aggressively raised voice ‘look, if you are killed, don’t call us’. The next one snarled ‘let him die, if he dies how come he will come to us. Let us go’. They dispersed.
Returning from the college the next day, my class fellow,who volunteered to join me in my room for the night,accompanied me. Both of us felt so uneasy with none else from the locality turning up to console us or to give us some courage.Discarded, we felt totally abandoned, disheartened.Any effort to sleep or be on studies was just out of question.Both of us had to buckup ourselves for any eventuality that could be in the offing.Our own whispers frightened us on a slightest possible thud nearby.Even a small brittling toss of tree leaves sounded like a hissing.Light in the room was not switched off with a view that whatever is to occur should be visible atleast. Tonight the Snake will not spare us was the thought dominantly hovering in our mind throughout.
Something like a soothing breeze abruptly overtaking the silence of the room, there were the same two bright eyes with a dazzling gaze.Quite slowly the snake was coming out of the cavity and within a few minutes it was visible in full shape –long enough and thick.We took a sigh of relief when it stopped moving forward beyond a certain point.Fear part reduced, we passed the night with some ease.
Next day onwards it became a scheduled phenomenon.The Snake used to retreat to its cavity only after I left for the college in the morning to appear to surface in the late hours in the night giving me a disciplined company as if it was protecting me.Such a protracted schedule continued for nearly a year and half after which my session was over and I had to packup to go back to Bahraich,my home town. Surprisingly it was unusually much more of proximity it showed almost touching my toe fingers a night before I had to vacate the room going back my home.But next morning when I actually left, it was no where there.I continued delaying my departure hour after hour with a fond anxiety to get a last minute glimpse of my companion keeping my eyes consistently glued to the cavity.It only looked deserted and abandoned.There was nothing, nothing but a swift breeze responding to my strained looks.I felt like crying.Left with a heavy heart desperately looking back to the roof top of my room with the suspense if still there could be something speaking of my companion.
Posted by neelkanth at 17:52

Big adventure it looks tobe. What kind of companion? Description is beautiful 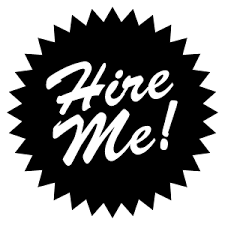 WISH PEACE TO THE WORLD:

Some of the posts on this blog are sponsored